Where do you live?

I live in Conway, South Carolina. If you visit be careful driving around the old part of town, we have trees in our streets. The one in the background is in the middle of the intersection.

@FreedomLover Great photo!! I live in Tulsa, Oklahoma. Love it here! I’m originally from the Chicago area and my husband is from Toronto and neither of us want to go back to cold winters. (We could do with some cooler summers though!) I don’t have a photo easily on hand right now, but maybe I’ll have a chance to get some good photos over the weekend since I plan to play with my new camera lens.

I’m in San Antonio, Texas, but, being an Air Force brat, I grew up all over. I could do with cooler summers, too.

I’m in Central Florida in one of the communities surrounding Orlando. We moved here to be close to our son and his family and have lived here a year.

Hello! I am in Reno, Nevada - The Biggest Little City! I post a lot of pictures of the area (as well as knitting/crochet/food/and health-related stuff) on my Instagram at http://instagram.com/bean.thrives – Great to meet you and get started on the new-new-forum! 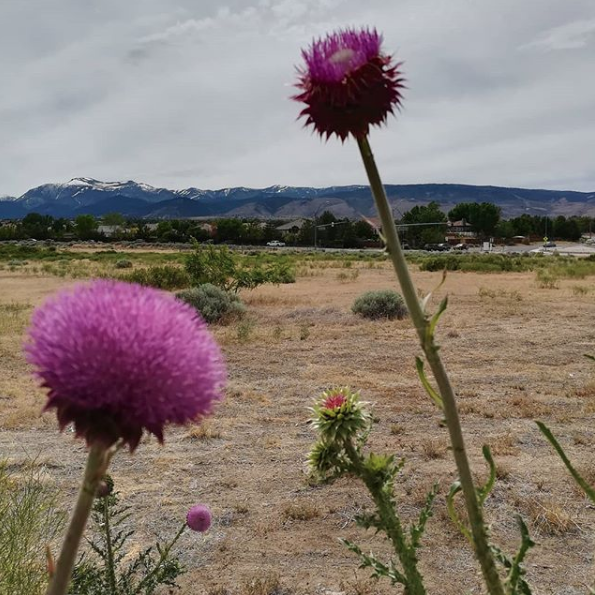 Thank you, I can’t take credit for that photo, it’s from the net. We have family in Sand Springs.

@FreedomLover well, I’m about 3 or 4 hours north of you, living in the small town of Knightdale, North Carolina, just 15 minutes from our state Capital of Raleigh. I’ve lived in NC for 34 years now, before that I was a military brat that has lived all over this great nation. I’ve lived in California (San Fransisco, San Diego, and LA), Florida (was born in Melbourne, also lived in Orlando), in Washington State (Brimmerton), Wisconsin (Kenosha), Illinois (Great Lakes, Chicago), just to name a few!

I’ve been crocheting since I was a child, and just recently got into pattern design.

Great to meet you all!

I live in the foothills of Colorado, living the good life with my hubby of 29 years.

I live in Conway, South Carolina. If you visit be careful driving around the old part of town, we have trees in our streets. The one in the background is in the middle of the intersection.

Beautiful city. We drove through there last Sept the week after the hurricane. The traffic was horrendous coming through there in the evening. I can’t imagine how the locals felt about that.

Chiming in from your neighbour to the north - Alberta, Canada - where the canola fields are in full glorious yellow colour. Wish I could post a picture but not savvy enough. (First try put the picture right on my words!) But you could always Google it!

Greetings from Western NC. Grew up in Minnesota, left when I joined the Army. Settled in Virginia and lived there for 23 years. Moved to the mountains of North Carolina in 2009 to get away from the hurricanes and humidity. Well, so far the hurricanes have stayed away. Humidity has been climbing the last few years. Still love living in the mountains.

Bean, your city has the reputation for having a truly first-class public library. Who knew!

Hello from the State of Jefferson, USA. Our hilltop home enjoys an expansive mountain view and the illusion of complete privacy, despite its mere 5 acres. Jefferson is God-fearing, gun-loving, and deeply conservative—just the way we like it. But friends and well-meaning neighbors are welcomed with open arms. 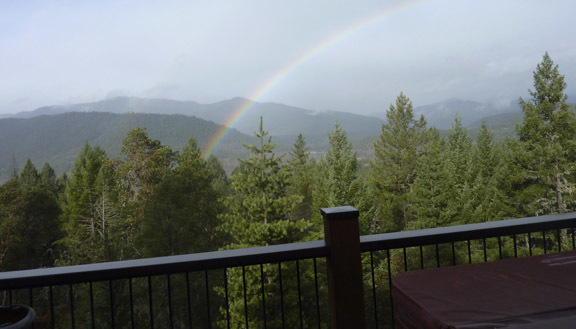 Hello from the State of Jefferson, USA. Our hilltop home enjoys an expansive mountain view and the illusion of complete privacy, despite its mere 5 acres. Jefferson is God-fearing, gun-loving, and deeply conservative—just the way we like it. But friends and well-meaning neighbors are welcomed with open arms.

Beautiful photo. Absolutely beautiful. I too am deeply conservative, also a Catholic. Nice to be in a place that is accepting of that. It’s also nice to see a rainbow in the right context.

I live in North Carolina, but was born in Ohio, lived in West Virginia most of my life, and for a few years in Kentucky, moved to Western North Carolina 16 years ago, love the mountains here and small town feel.

I am a Midwest gal… born in Illinois, “grew up” in Michigan, have lived my adult life in Indiana.

I’m in Clearwater Kansas, which is close to Wichita. Lived here all my life. As places to be from go, Kansas isnt too bad. The weather can be brutal or gorgeous…in the same day.