I don’t know about anyone else, but I seem to have a collection of Crochet Hooks (Circular Knitting Needles as well but that’s another story!). I had a devil of a time of corralling them all and any system I tried made me have to look at each hook and how it was labeled. What a pain that was with these tired old eyes.

I found this paint brush holder on…tada…Amazon and then adapted it for my needs. I had to do a little improvising to make it work, but only a minimum. It’s not pretty as it is my prototype and I used what I had around (a old pillowcase (white in the photos). It works just as I had hoped and thought others might want to try it as well.

I’ll be happy to elaborate on how I adapted the holder if anyone is interested but I won’t bore you with the details now.

I have full sets of interchangebles both hooks and needles, but this is for all those loosies!

Hope this helps someone else. 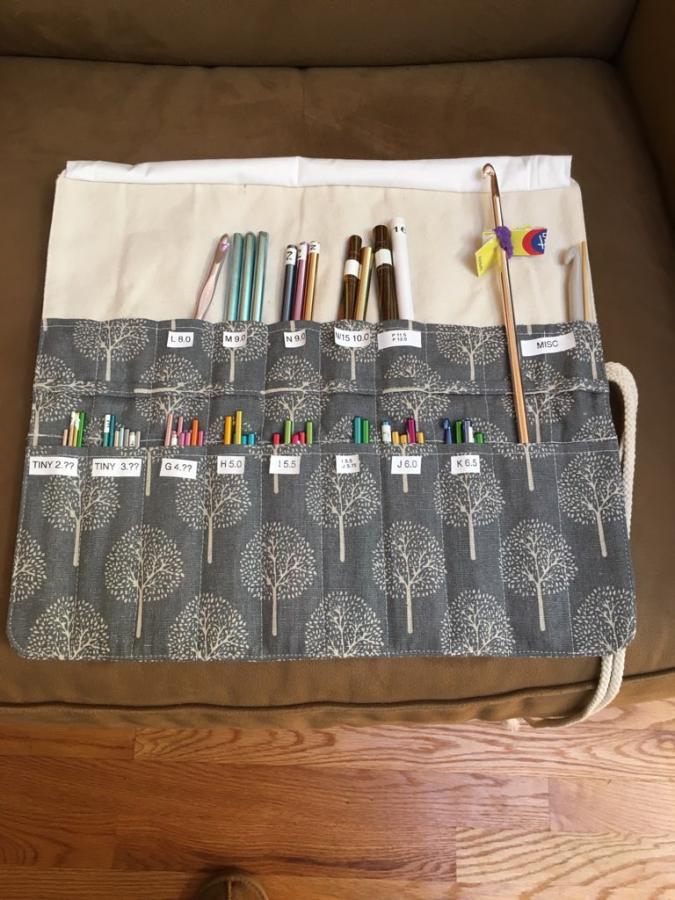 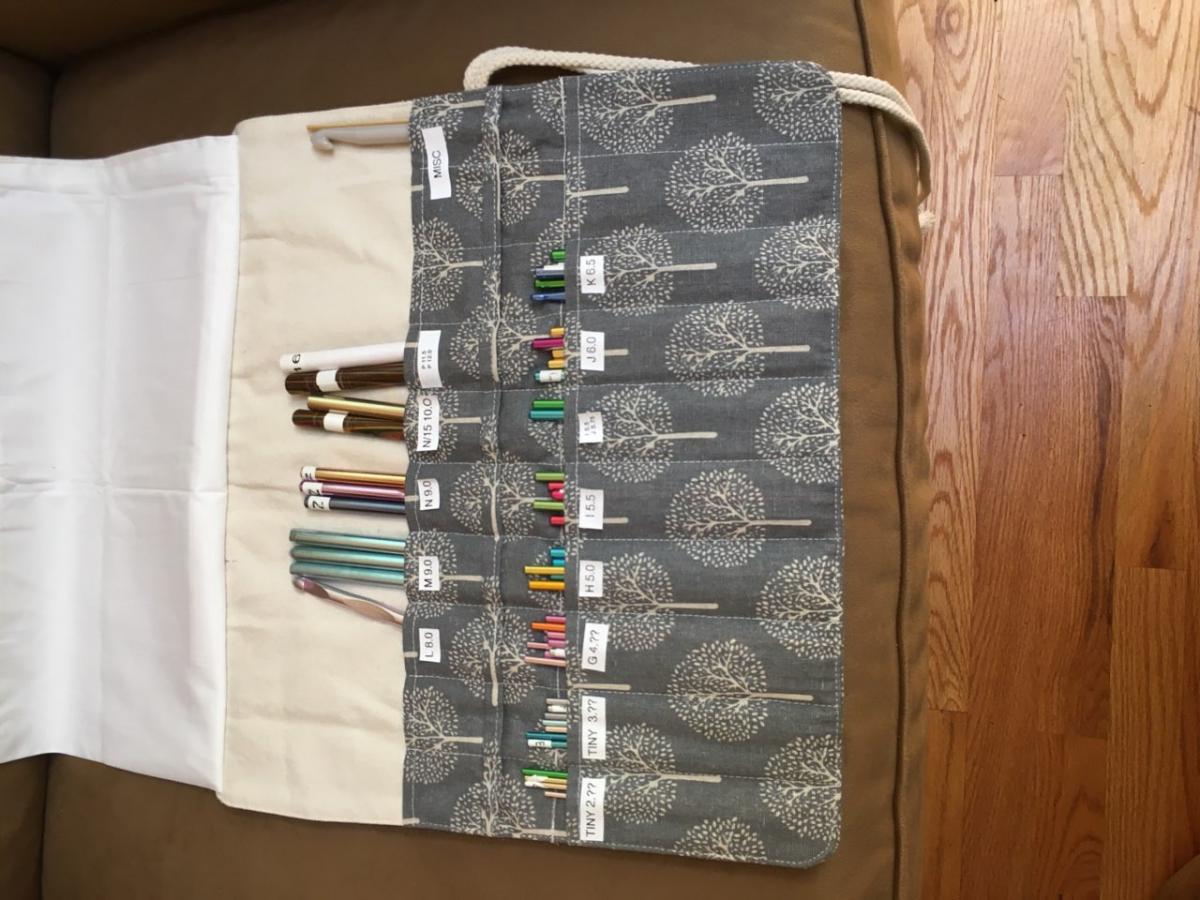 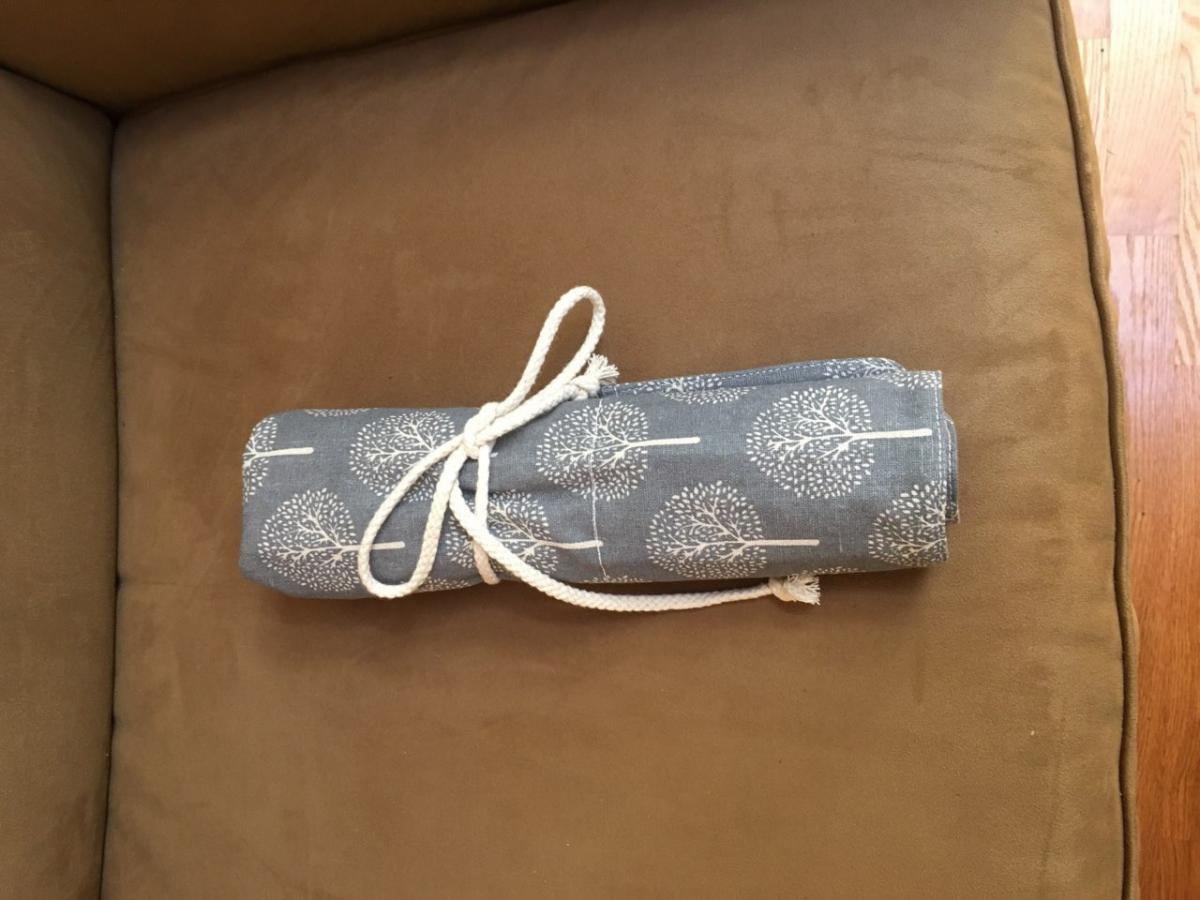 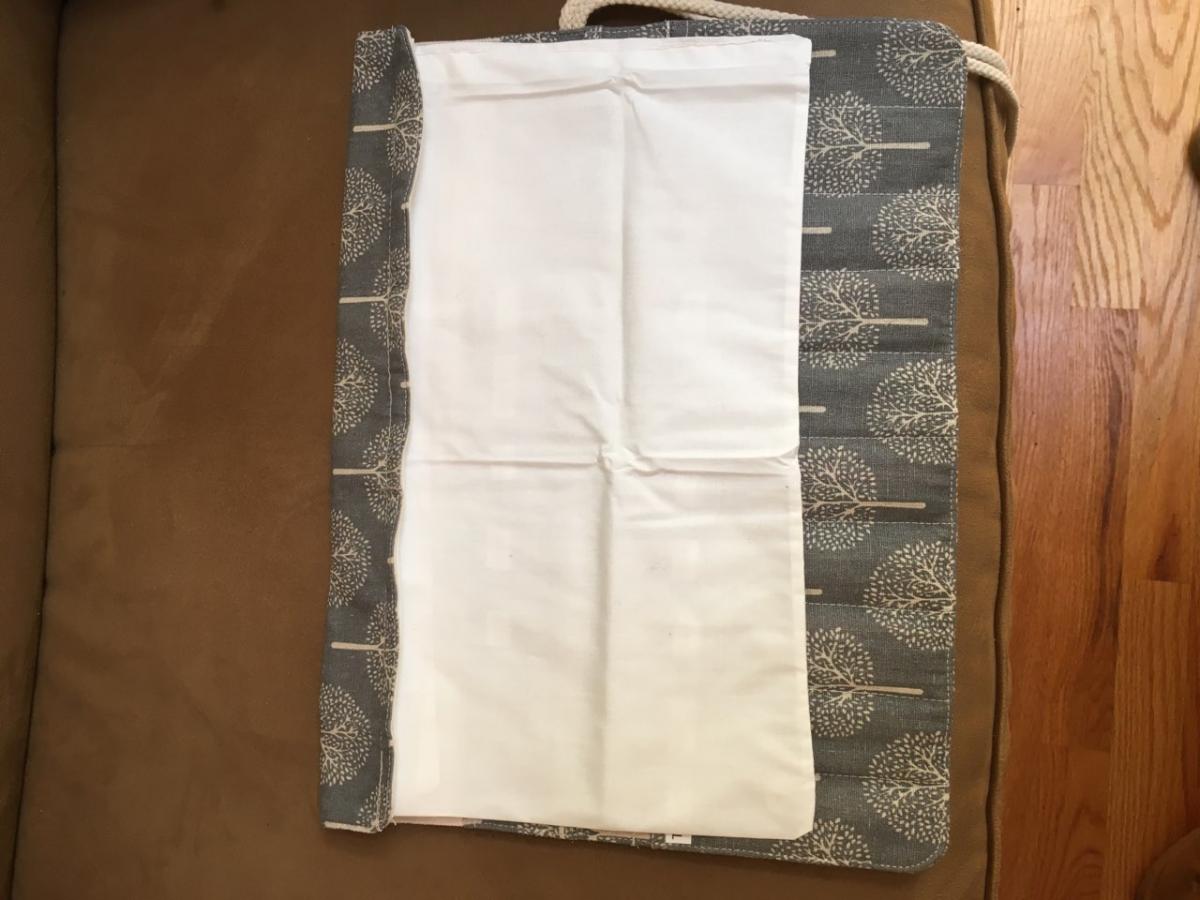 This is very cool!!!

Yep, I like it. I have the same problem. I’m assuming you simply sewed the pillow case on the top to fold over and hold all the hooks in place prior to rolling up & tying. I’m wondering how big the slots are though - do you think they would be big enough to hold wooden ergonomic hooks?

The slots are not wide but if you look at the larger sizes you can get an idea of how many would fit in a section. The upper tier of the case had no stopping point as paint brushes are generally long so I had to run a stitch line just above the lower tier. That made the upper section usable for more hooks. I may open up one or two of those upper sections to use for my tunisian hooks. I still have some older ones that are about 11"+ long and you can see one already in there but in the lower tier. Housed in the lower tier makes them unstable as not enough of the hook is confined to the slot.

Yes, that’s a pillowcase attached to the top as once I decided to use the case for my tunisian hooks as well as the smaller ones, the flap that they included wasn’t nearly long enough. They did allow some extra fabric as a fold over, but it wasn’t nearly enough. Again, this particular case was meant for paintbrushes not hooks.

Thanks. I didn’t see that stich line above the lower tier so that’s good information. And I have a few of those long tunisian’s too so will probably do that as well. I’ve got multiple storage solutions already but really like that you labeled each pocket with the hook size. Sometimes my eyes are not my friends so that will be the biggest help.

@pinesprairie If you add the extra flap as I did, connect it at the very edge. I connected it about an inch in and it barely makes it over the tunisian hook. I’m too lazy to re-do it, so learn from my mistake.

@susanwayne I see what you mean and will not repeat your mistake! Thank you!