Kool-Aid Dyeing - Summer Fun For All

Kool-Aid Dyeing - originally written and shared in the Compuserve Crafts forum in 1995 - before AOL existed - but nothing ever disappears from the internet
I think there are several related blog posts - but this one should get you started
http://wheatcarr.com/kool-aid-dye/kool-aid-dyeing-nothing-ever-disappears-from-the-internet.php

Kool aid dyeing is sooo much fun! And solar dyeing with it is a fun summer project - fill a mason jar with water and a couple of glugs of vinegar, stir in kool aid, stuff in yarn, and set outside all day. Kinda like my mom making sun tea in the ‘80’s.Watch out, though, kool aid dyeing is a slippery slope! I gave it a try, and a few years later I had moved up to “grown up” dyes and had my own Etsy shop! It’s been inactive a few years (raising teenagers is time consuming!), but this makes me want to pull my dye pots back out!

I once did color experiment with three colors of food dye - red, blue and yellow. Best dye project EVER! (at least for me) I wound off 12 40-yard mini-skeins and dyed each one in a different combination of the stock colors. They weren’t vivid when they dried, but they were so pretty. I put them on the loom, separated by black and wove it off in the same color order that I warped it. That means that every color at two points crossed every other color. The resulting combinations were so cool! I try to have my students do this - it’s called a color gamp to weavers - to learn how colors behave in weaving.

Here are the skeins in the “dye pots” (Jam jars)

And out of the dye bath and dried:

And on the loom being woven:

Where I live, the water is so hard (alkaline) that you can break your teeth on it. A glug of vinegar in the initial soaking water is a good prep for the dye bath.

I have many pounds of white Alpaca yarn and was thinking, maybe I could duplicate, sort of, those 2 skeins that I bought. It is Zen yarn and I am too frugal to pay for more. I need 5 skeins.They don’t even have it anymore.
Here is a picture. It looks more white but in real time/light, is very pale cream/yellow base.
What dyes and technique should I use?
Any help?
Thank you!!

@stasher I remember seeing people freeze KA into little ice cubes, then laying them on yarn in the sun to create a speckled pattern. You could blend small amounts of each to create more colors.

I do know purple never turns out very vivid with Kool-aid. In other discussions, I’ve read that some people did a mix of Kool-aid and food coloring to get what they wanted. Personally, I’ve realized it’s better for my own peace of mind to go into dying without too many expectations as to what the final outcome will look like. Really, it’s all a big science experiment, and if I go into it without specific expectations, then I won’t be disappointed. But I don’t sell yarn; I just dye it for my daughter and me.

From The Old Forum

KnittingNana said: [INDENT] I have never done any yarn dying & have a couple of questions about using Kool Aid:

reply from @wheat
Although my blog posts go into more details

Meanwhile I would love to hear/see what others have done

@knitterlady13 I think we used Lemonade, Pink Lemonade, Cherry, Black Cherry, Grape, Shark(something), Blue Raspberry Lemonade, and Orange. Honestly, some of the colors got lost in the others (the orange, yellow, and pinks mostly). If we do it again then I will probably try only a few colors per skein so they show up well.
The bluer one is my favorite too, but the red one is very much my son’s taste (ha punny). My son is almost 6 and my daughter is newly 3 so I am very impressed with both creations.[/QUOTE]

I have been working on moving the KA posts from the old forum, so far got most of page 1 - just wanted to let you know that topic is now also under Dyeing
“Kool-Aid Dyeing: Summer Fun For All”

@wheat Thanks for letting me know! I’ll be following this thread since I plan to do some dyeing in the next few weeks. 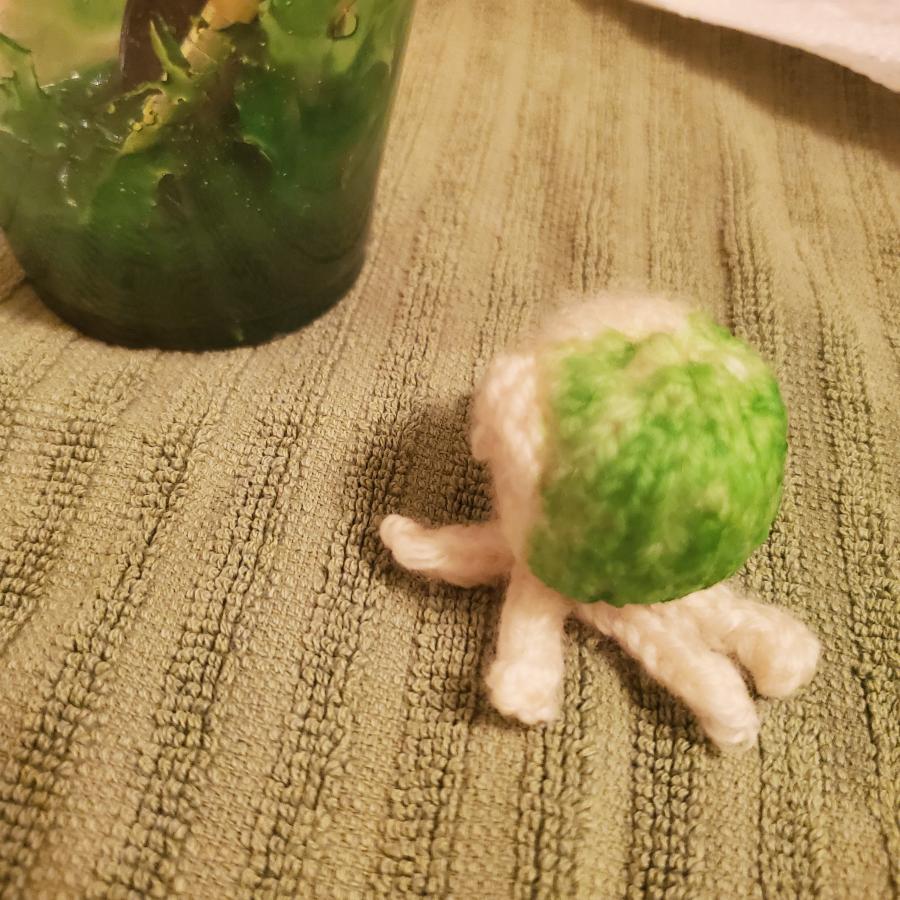 This is going to be interesting!

Sprucing up an old thread with an ispiring haul of new yarn dye materials!

Its so hard to find that blueberry lemonade.

Luckily i already have some in stock!

It’s good you had it. What are you going to dye?

Can’t wait to see what Blueberry Lemonade looks like. I gave up trying to find Kool Aid and since Wilton’s headquarters are nearby, they have outlet sales and I have been able to get their icing colors really cheap.

@lovestostitch it is a beautiful bright blue! I havent tried wiltons yet, but it’s on my list!
@pinesprairie its a surprise actually! But I WILL reveal that we will be making paint during this round of dyeing… I will probably make a new post here in the Dyeing channel for the “big” reveal so stay tuned!