I ordered the knitcrate to get started with crochet, but already stuck on the first project. The 3rd row I am having trouble with says “ch 2, turn, dc in next st, fptc around st two rows down, repeat from * around” I know how to fptc, the problem is finding the st two rows down and the spacing after that. The first two rows were sc. I have done the ch2 and dc, now trying to figure out how to start the fptc 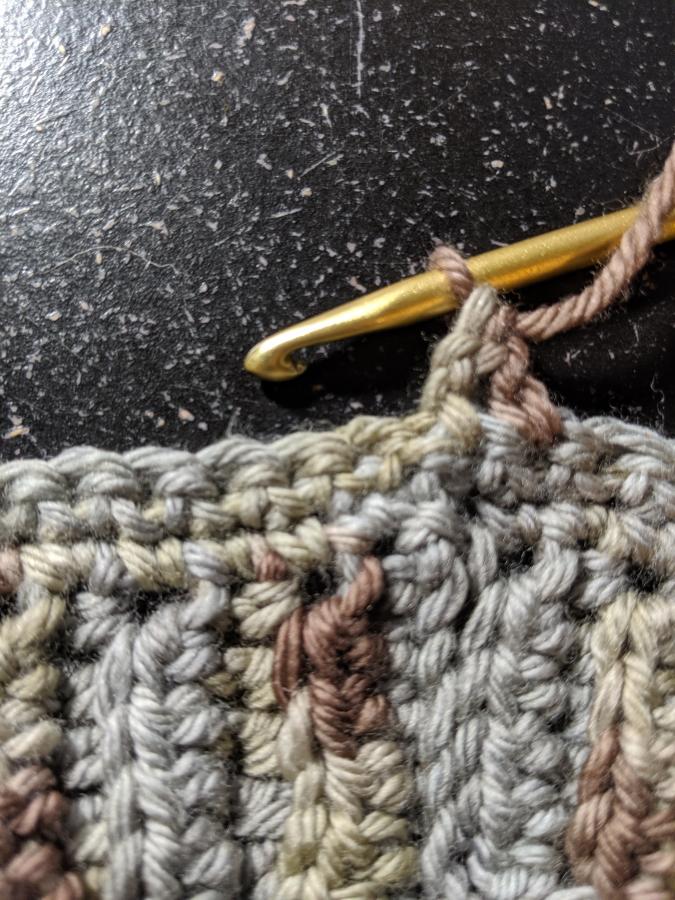 I have a sample showing the repeat pattern and where to place the fptc, I hope this helps. Thanks, I think my spacing is right now, not sure about the holes, but it maybe more about my tension 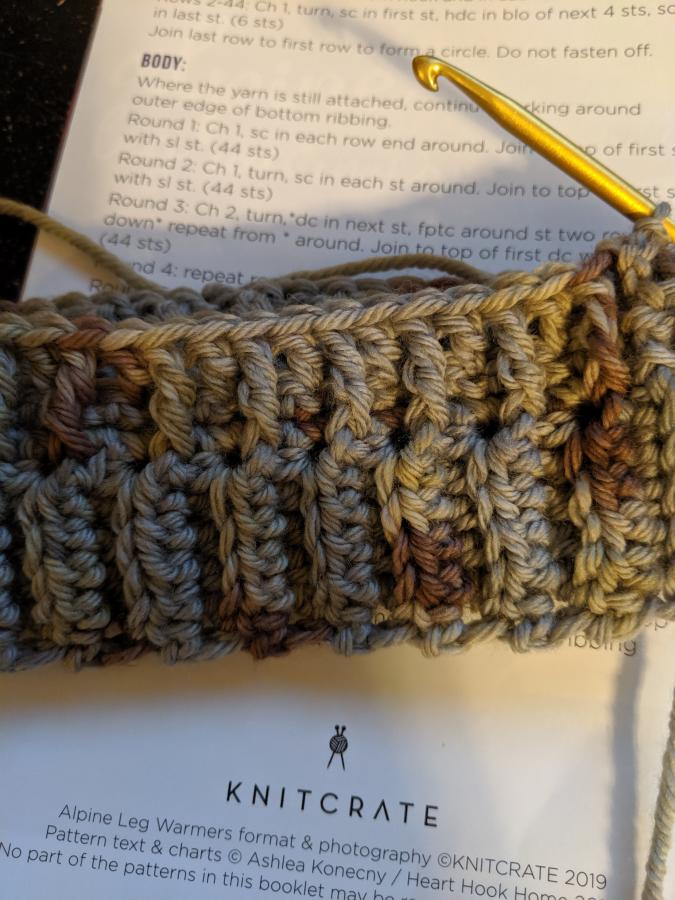 I ran out of yarn before I finished

Well my first knitcrate project I think was a crochet fail. The picture in the pattern book doesn’t show the whole thing but I still don’t I think it’s supposed to look like what mine looks like. I did not have enough yarn to do as many rows the pattern called for so I stopped when I was running out so that I could at least sew it up and see what it looked like 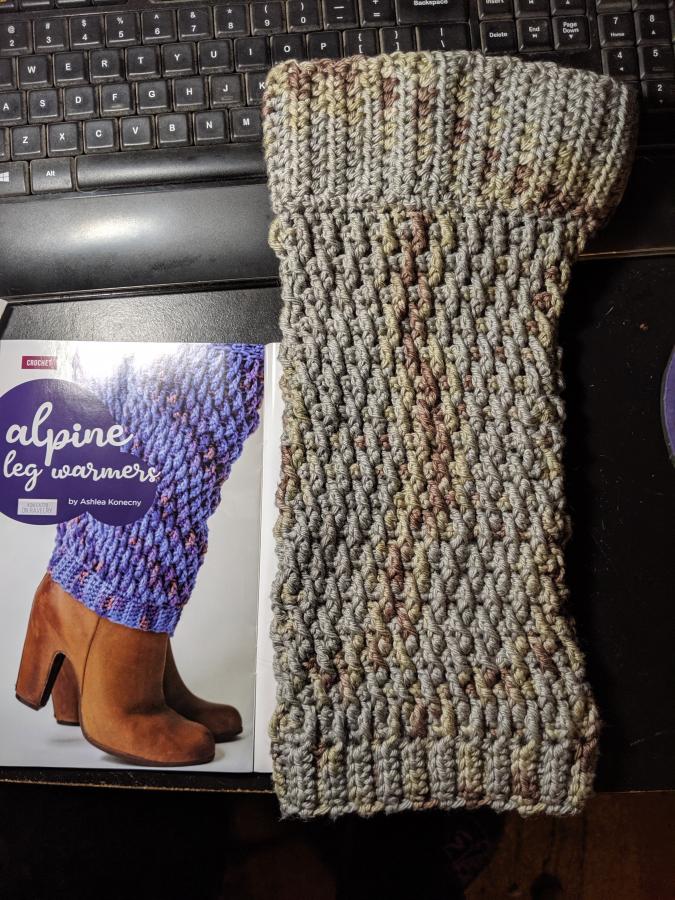 It took me a second, to see what it was you were doing. I don’t know if this will help you, but the stitch you are using is called the Alpine stitch. It looks a lot more difficult than it actually is. It’s a 2 row set up and then a 4 row repeat. It starts with a row of single crochet, followed by a row of double crochet. That’s your set up.

Now what this does, is sets up ‘jagged’ alternating rows. You are ALWAYS front posting into a single crochet row. That first row to start the repeat is always the most confusing. Once you get past the first row, you will see where to put your front post stitches. It makes a really beautiful textured fabric when you’re done.

I have a stitch that is very similar to it. I call it the Wicker Lace stitch, because when it’s worked up it looks like a wicker basket. But it uses that same alternating front post stitch. I just do it all in double crochet, and I eliminate that row of single crochets.

I hope this helps you.

A picture of the finished project is on the Knitcrate website. The band on your leg warmer looks a little looser than the other picture. Great job for your first project.