Barbara Walker's Knitting from the Top (with a twist)

I’m using this book to knit a second sweater vest for DH. The first time, I followed her suggestions using a provisional cast on at the upper back, knitting down and then picking up those stitches and knitting down again for the front. She coached me through short row shaping for the shoulders and the sweater did look good. I used Knit Picks Palette as I didn’t want to risk some great yarn if it didn’t turn out well.

This time, I just cast on and then picked up the stitches for the front shoulders. I’m doing everything else the same. I’m also using Jamieson & Smith shetland wool knitting at 7 stitches/inch. I love the way the shoulders look. I have what looks like an invisible seam but it feels more stable to me.

Oh I forgot to say that I joined everything at the body for the first and knitted in the round. This time, I’m knitting the front and back separately (except cojoined at the shoulder) and will seam them together when I’m finished.

I’m not sure why the photo shows that bump near the seam on the wrong side. It’s not there in real life.

Anyway I won’t know until he’s wearing it but I think this will be the best mix of having seam stability, beautiful shoulder “seams” and the ability to try on the sweater as I knit from the top down.

Has anyone tried this approach? I never say these experiments are a waste of time because I learn so much. I just hope it turns out!! I should dig up a picture of the first one. It’s funny - with the first the knitting is fluid and just flows over his shoulders as she promised. But he’s not fond of that construction! 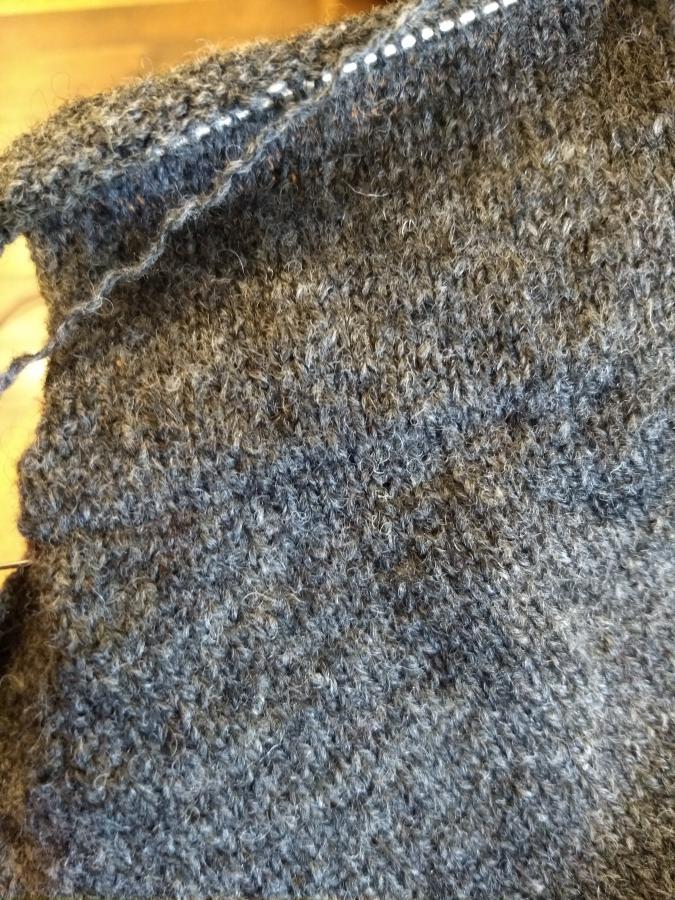 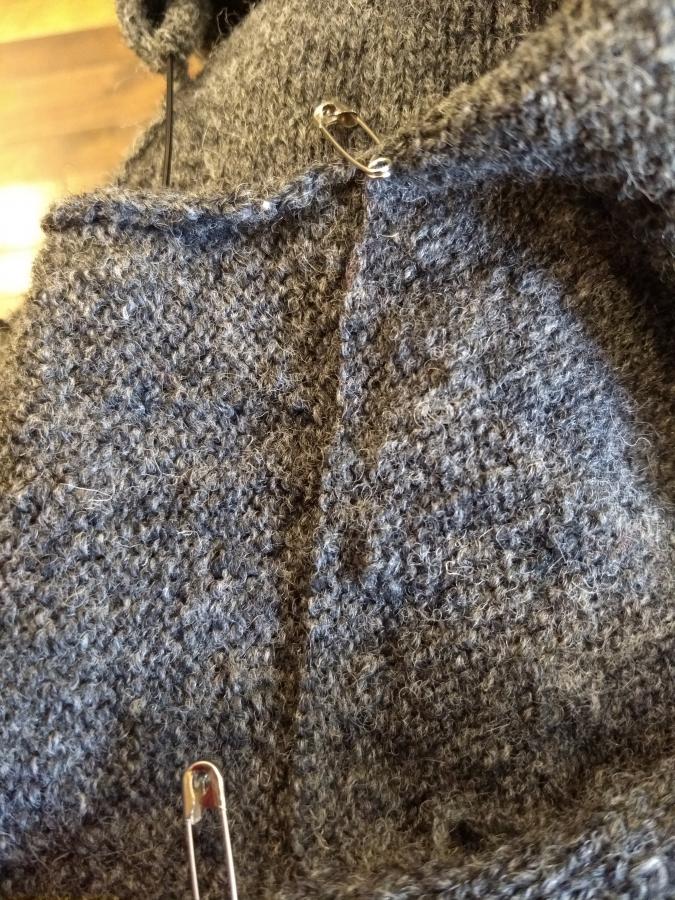 I have never heard of such a construction plan. It is brilliant. I do really need to read Ms. Walkers books.
perhaps the bump is a trick of the light? Other places in the best show more shadow than the picture of the right side.
I really like your work.

I have never heard of such a construction plan. It is brilliant. I do really need to read Ms. Walkers books.
perhaps the bump is a trick of the light? Other places in the best show more shadow than the picture of the right side.
I really like your work.

Her book is a great read. It reads much like Elizabeth Zimmerman’s Knitting without Tears. I think it would be fun to knit through BW’s book actually.

I forgot to add that I gave him short rows across his upper back. I don’t think BW mentions it but EZ does and they do make a difference.

@runner5 That construction sounds similar to Top Down by Elizabeth Doherty. I want to make a sweater from this book, but haven’t done it yet.

Oh good! Her book was well received if I recall.

Barbara Walker’s books are probably the inspiration for most “designers”.